This piece was originally written on August 17th, 2014. 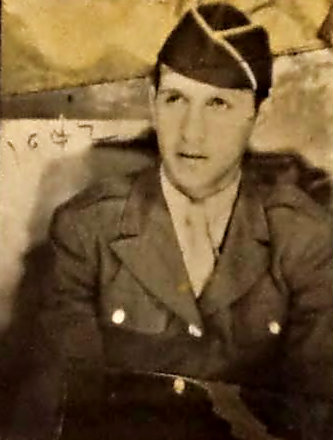 Four days ago, my 90-year-old grandfather passed away. He was a gentleman, war hero, father of two, and grandparent to eight. Every gesture he made and word he spoke was characterized by a dignified grace maintained well into his final days. It was therefore fitting that Stan Willner passed gently, peacefully, in the way you’d want anyone you love to go, should they have to.

He’s in a better place now. At least that’s what I’m told.

Yet the shopworn cliché feels like a poor summation of his life and legacy. In four days, I’ve heard those trite words a thousand times. He’s in a better place now. They echo in my heart, bouncing off the walls of the empty space he left behind, the space I didn’t know he occupied until he no longer did. What place, I wonder, could possibly be better than the place he held in my life, and the lives of my siblings, cousins, mother, and uncle?

His life was fuller than most. It was marred by the monumental and peppered with the mundane, but full nonetheless. In 1942, at the age of nineteen, he was deployed to the Philippines as part of the 503rd Infantry Regiment to fight in World War II. He experienced some of the most horrific battles of the war, including the assault on Corregidor, considered to be one of the most intense combat actions the 503rd engaged in during its existence. Upon his departure from the Army, he was honored with a Purple Heart and Good Conduct Medal, among others. His story could’ve been fodder for a Laura Hillenbrand novel.

Post service, he married, had children, and rarely spoke of the war again after that time. His children inherited his intelligence, humility, and his kind, knowing eyes. He was always restless and roaming; taking off on road trips in his red Buick ’88 with no destination in mind, simply happy to be moving somewhere, anywhere, everywhere.

As he grew older, freedom and movement remained his guiding principles, even when he began living in a senior care home in his eighties. He no longer had the red Buick, but the facility did offer limited bus service to insipid locales like the local grocery store or hospital for appointments. Several times a week, he would board that bus and take it wherever it was headed.

In later years, he suffered from dementia that would worsen over time. Sometimes he would forget where he was or why he was there, and other times it would be treasured memories and the identities of those he loved. Yet even in moments of terrifying confusion, he maintained a calm countenance and dignified demeanor. Like the time he and my uncle took a road trip to Cooperstown to visit the Baseball Hall of Fame and, along the way, he lost track of where they were headed. “Mike,” he said, addressing my uncle while staring out at the winding, rural roads of upstate New York, “I don’t know where we’re going, but it’s beautiful.”

My grandfather, Uncle Mike, and cousin Max in California.

He’s in a better place now. At least that’s what I’m told. If he’s not, he’ll surely be working to make it so; to impose his positive outlook on his milieu until it is, in fact, a better, more beautiful place in the same way that he left this world a better place than when he first entered it in 1923; in the same way that he made his daughter, son, and grandchildren better people by being part of their lives.

As an adult, I share his restless spirit and adventurous attitude, although I’d never considered this commonality before his death. However, experiencing death always prompts a change in perspective as time freezes so we can grieve and process the loss. My own grieving process has made me think about how my life has influenced the world around me. What story will they tell when I die? Will they talk about the time I sipped tea with Turkish fishermen in the muddy Karaköy backstreets? Will they mention my meanderings through Bukchon Hanok Village in Seoul? Will they discover my love lock on the Pont des Arts footbridge in Paris? Have I, like my grandfather, changed for the better any of the places I’ve seen or people I’ve met along the way?

I’m starting to believe this should be the goal of all travelers–all lovers of movement and freedom–as we navigate the world and our lives. Whereas tourists merely bare witness to a place, travelers inherently become part of that place through our interactions with the locals and immersion with the culture. As we do so, we should make sure that the things we do and say are meaningful; that we’re not merely taking in experiences for ourselves, but positively altering the experiences of others as well.

Perhaps it’s possible then to recreate the sentiment of “better places” without the tragedy of death; to define our existence without ending it; to reap the benefits of our legacy long before it has to end. Perhaps that’s what I’ll fill that empty space in my heart with where my grandfather used to be. I’ll fill it with adventures, good deeds, volunteerism, positivity, philanthropy, dignity, grace, and humility. I’ll fill it with the overwhelming desire to make the world I live in a better place.

My question for you, then, is what bus will you take? What strangers will you share stories with? What aspects of this world will you change? What better places will you create in the name of those you love and your own lasting legacy? I can’t answer these questions for you, just as I can’t answer them for myself. I don’t know where we’re going, but I’m sure it’s going to be beautiful.